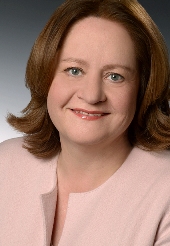 Dr. R. Steil is an Assistant Professor of Clinical Psychology and Psychotherapy at the Goethe University of Frankfurt, and scientific director of the Center for Psychotherapy and of the Postgraduate Clinical Training of the Goethe University for adult psychotherapists. RS, together with other co-workers, developed and evaluated new treatments for severe PTSD related to childhood abuse and for anxiety disorders in youth and adults, such as Dialectic Behavioral Therapy for PTSD (DBT-PTSD) and Developmentally adapted Cognitive Processing Therapy (D-CPT) for youth suffering from childhood abuse related PTSD. She  conducted several trials on adults as well as youth which have demonstrated their efficacy. Steil has received 4 Mio Euro by public agencies for her research on PTSD and anxiety disorders. She is a founding member and former President of the German-Speaking Society for Traumatic Stress Studies, and runs a training course for continuing education in Psychotraumatology. Recently she has focused on developing brief and non-exposure based treatments for PTSD.

Cognitive restructuring and imagery modification (CRIM) is a brief intervention that was first developed to change the feelings of being contaminated in victims of childhood sexual abuse suffering from PTSD (Steil, Jung, &Stangier, 2011). It consists of the cognitive restructuring of core trauma-related dysfunctional beliefs about the self and the use of imagery to encourage more functional beliefs. Rational knowledge alone is often not helpful in changing the patients’ underlying emotions (Jung & Steil, 2012). Therefore, emotionally held beliefs are addressed through imagery modification, which has been proven to change implicit associations and dysfunctional beliefs in emotional disorders (Arntz, 2012). Two pre-post and one randomized controlled trial showed that CRIM was effective for reducing posttraumatic stress disorder (PTSD) in survivors of childhood sexual abuse (CSA) and also after other traumas. The interventions comprised only two to three sessions and no formal exposure to trauma memories. Patients showed significant improvements in clinician rated and self-reported PTSD, with large pretreatment to follow-up effect sizes compared to the results of recent meta-analyses. CRIM canbeusedas a brief and non-exposure-based treatment for PTSD. The talk will outline the treatment, summarize the empirical data and provide future reserach perspectives.